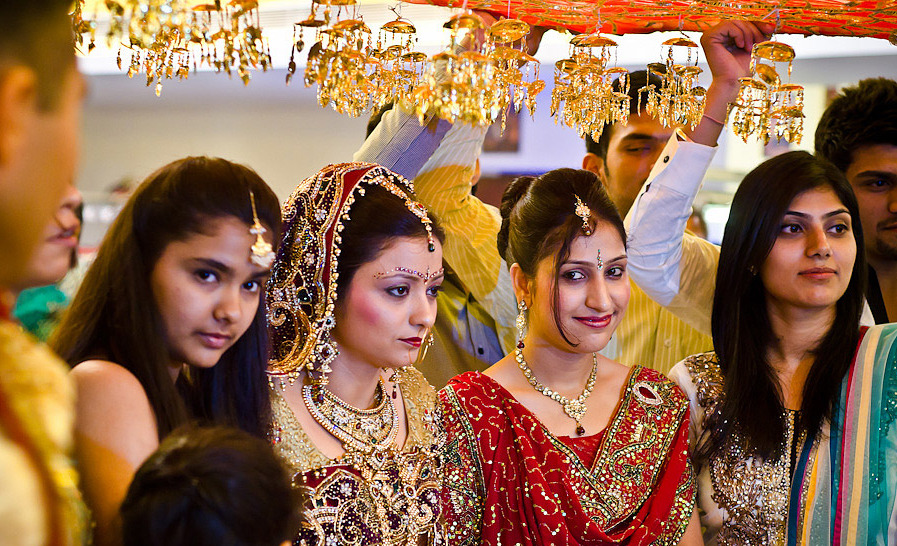 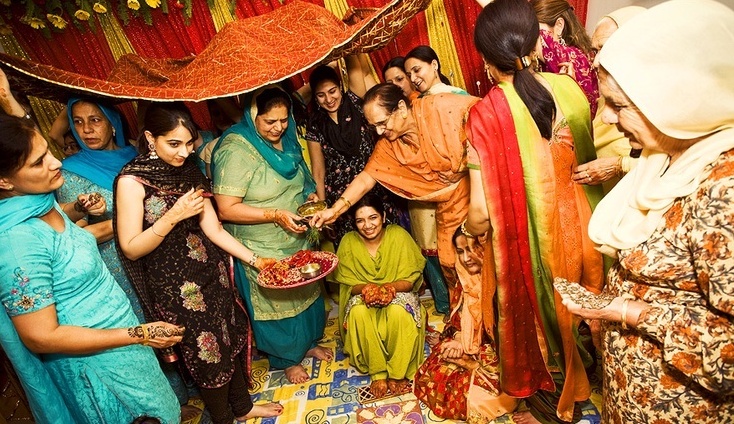 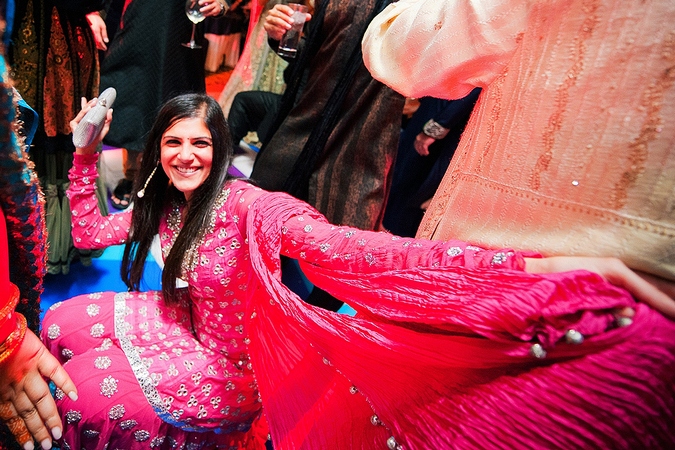 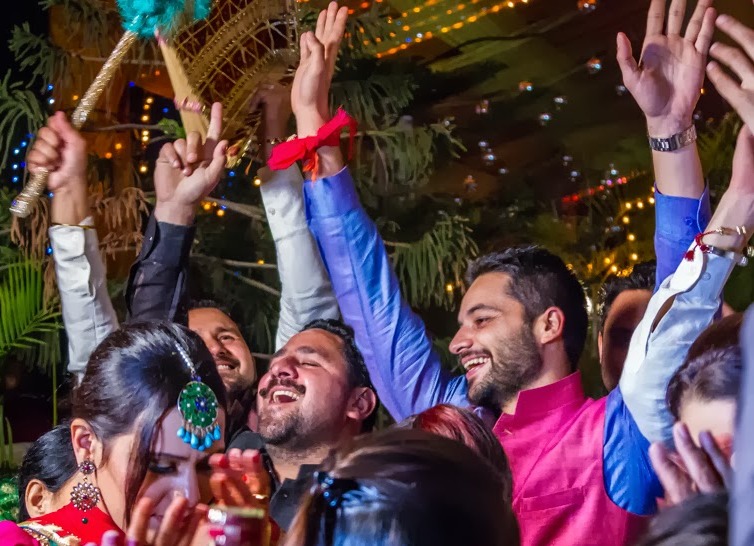 Punjabi Weddings are characterized by their boisterous celebrations that are a reflection of their exuberance towards life in general. The Punjabis, known for their zest for life, vivaciousness and of course, the bhangra, know how to pull all stops when it comes to celebrating.

We at Cheers Events have done numerous Punjabi weddings and are well versed with all aspects of Punjabi Wedding whether it’s their special cocktail parties, to never ending DJ nights to royal gala dinner arrangements for groom’s side during reception. With our wide range of entertainment options we can guarantee that the fun will never end throughout the wedding.

Given below are Punjabi Wedding rituals for those who don’t know about them:

Mangni, Sagaai, or Kudmai: This ritual marks the ring ceremony in according to the Punjabi ritual and marks the formal ‘asking’ of the bride’s hand in marriage by the groom’s family. Both the bride and the groom receive lots of gifts from their in-laws during the occasion of their engagement.

Sagan and Chunni Chadana: On this occasion, the bride is presented a red chunni by her sister/sister-in-law of her future husband and is fed boiled rice and milk by her future mother-in-law. A havan is also conducted to observe these rituals. Also a tika ceremony is held in the honor of the bridegroom.

Sangeet: Sangeet ceremonies are fun filled occasion and a time for singing and dancing to the beats of dholak and tunes of latest pop music. The sangeet is often combined with a cocktail party.

Mehandi: The Mehendi function pertains to the decoration of the bride’s hand by the henna that has been sent over by her future mother-in-law. An excuse for more merry-making, there is lot of music and dance during the mehendi function along with delicious snacks.

Vatna:  A couple of days prior to the wedding, Vatna, a scented powder consisting of barley flour, turmeric, and mustard oil is applied to the bodies of both the bride and the groom-to-be and is followed by a ritual bath. It is believed that the application of the Vatna purifies the individual

Chuda Ceremony: The chuda ceremony is supposed to be conducted by the maternal uncle, who helps the bride put on the set of a red and cream ivory bangles known as Chuda. A havan is performed by a priest to mark this occasion. The priest also places an iron bangle with shells and beads along with a mauli on the girl’s priest. Flower petals are showered on the girl after the ceremony and prasad is distributed among all.

Ghara Ghardoli: Conducted early on the morning of the wedding day itself, the Ghara Ghardoli ritual involves the groom’s sister-in-law along with other female relatives going to a nearby well or Gurudwara to fill up a earthern pitcher with water that the groom will use during his bath.

Sehrabandi: The Sehrabandi takes place as the groom is getting ready to leave for the marriage venue. The crown or the turban he is supposed to wear is blessed by the elders and he is given cash gifts

Ghodi, Vag Goodti and Duppata Varna: The groom’s bhabi lines his eyes with surma (kohl). After this, the groom’s sisters and cousins feed and decorate his mare. His relatives use cash for the varna, a ceremony that is supposed to ward off the evil eye where cash is given away to the poor.

Milni: As the barat procession reaches the wedding venue, they are greeted at the door by the bride’s family who garland the groom and his close relatives. Then they present shagun or gifts to the all the groom’s relatives.

Varmala/ Jaimala: It refers to the exchange of the garlands by the bride and the groom

Havan: The Punjabi wedding ceremony generally takes place late in the evening, after dinner. As the auspicious time for the marriage comes near, a puja is performed for the groom by the priest. Then as the bride is escorted to the wedding mandap, the priest performs another puja with the couple and their respective parents.

Pheras: The couple goes around the sacred fire as the priest recites mantras. The groom also does the same, which express his heart’s desire, and seeks the loving support of his wife.

Kanya Daan: This ritual is basically performed by the bride’s father in presence of a large gathering. The father delivers his daughter to the bridegroom. The groom recites Vedic hymns to Kama, the god of love, for pure love and blessings.

Vidaai: As the name suggest, the ritual of Vidaai marks the departure of the bride from her parental place, which is marked by her throwing puffed rice over her head. Her relatives throw coins in the wake of this procession.

Reception at the boy’s house: The newly weds are welcomed in a ceremony called the pani bharna. Then the bride must, with her right foot, kick the sarson ka tel (mustard oil) that is put on the sides of the entrance door before she enters the house. Then, along with her husband, she must offer puja in their room. Then they must touch the feet of the elders in a ceremony called matha tekna. The rest of the evening is spent in playing enjoyable traditional games.

Phera dalna: This ritual marks the visit of the newly weds to the bride’s house a day after the wedding and usually the girl’s brother fetches the couple. 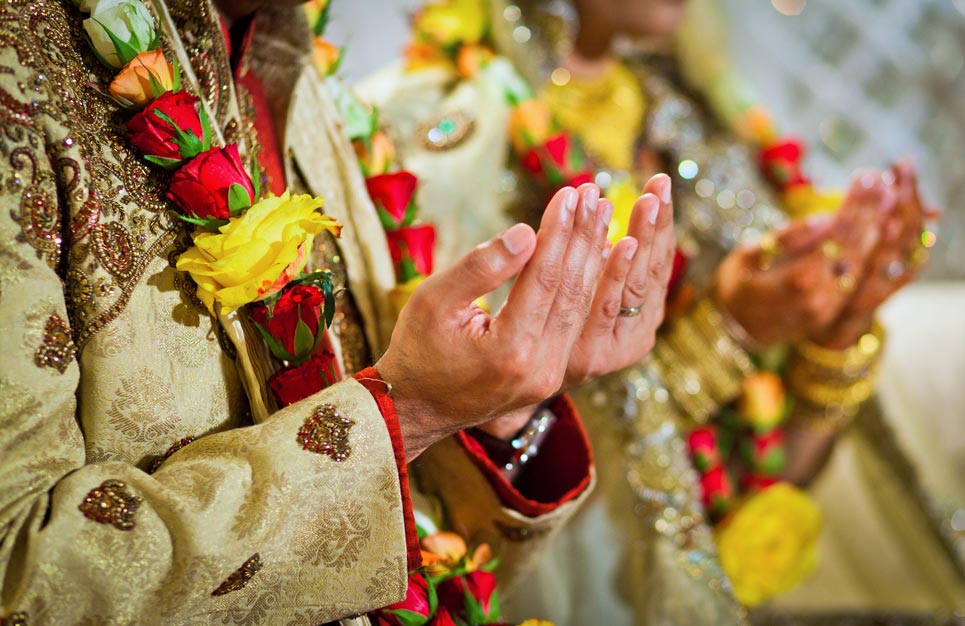 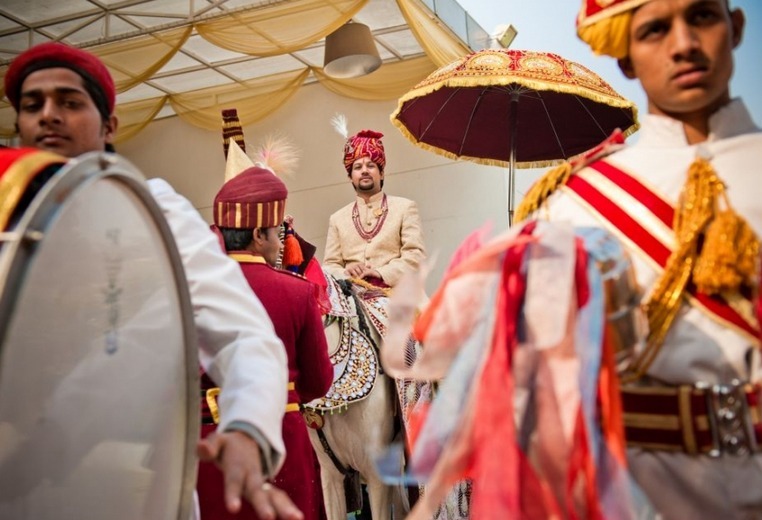